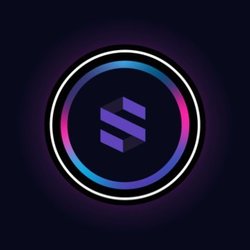 Built on Substrate, Standard Protocol is the first Collateralized Rebasable Stablecoin (CRS) protocol for synthetic assets, and will operate in the Polkadot ecosystem.  It introduces a new paradigm for liquidity aggregation. In contrast to the previous generation of  algorithmic stablecoins, Standard rebases its stablecoin supply in each era. It will act as the catalyst for the financial activities of other parachains,  to enable leveraged trading and arbitrage via a built-in AMM. It will also include a protocol for synthetic asset markets by way of a decentralized oracle.

MTR issuance ratio (inverse of collateralization ratio) is fully controlled by governance within an epsilon range; However, when the MTR price goes out of the epsilon range, emergency shutdown executes and no more MTR will be issued for the rest of the era.

Starting from the next era, the system takes charge and adjusts MTR issuance ratio to stabilize MTR price to USD until MTR price recovers to 3 quarters of the epsilon range.

The total supply is adjusted to follow the ratio above.

Ampleforth (AMPL) uses elastic supply to rebase its total supply of tokens.  Standard rebases its stablecoin supply in each era, and utilizes overcollaterization to mint its stablecoin, Meter (MTR).

Standard (STND) automatically rebases the collateralized stablecoin, in the manner of an algorithmic reserve bank with decentralized governance for STND holders. By rebasing the price in each era, the total supply of the stablecoin Meter (MTR) and the amount that can be issued are adjusted to peg Meter (MTR) to the value of USD.

Meter (MTR) supplies are measured in each rebase and adjusted with the medianized price from oracles.

Instead of hosting an auction for liquidating collateral, Standard Protocol deposits liquidated collateral to its AMM pair so that Meter (MTR) holders can purchase other liquidated digital assets. Standard protocol uses a built-in AMM module to provide liquidation in a more market efficient way where liquidated assets are utilized to conduct arbitrage trades.

By being algorithmically stabilized through rebasing, Standard Protocol provides cash which can act as a base  price. For speculating on a digital asset, Meter can be used to estimate how much the asset is worth with the price pegged to USD.

Standard Protocol is a collateralized, rebasable stablecoin (CRS) protocol, working across different blockchains as a form of smart contract in each network. Together, the Standard Protocol ecosystem for interoperability represents a blockchain hub. Standard Protocol will be able to share price information to other chains or fiat assets without charging fees due to its self-sustaining oracle reward ecosystem.

Standard Protocol is implemented using Parity Substrate and has 9 runtime modules built using pallets available in the Open Runtime Module Library (ORML). Here are the details for each of these modules:

The Token module is a registry which stores asset information about Standard Protocol and other chains. Derived from the ORML’s XCM token, Standard Protocol’s token module manages assets that flow in and out via  Cross-Chain Message Passing (XCML) across parachains. Assets are managed with a unique identifier.

The Market module in Standard Protocol manages pairs for the automated market maker (AMM) between each collateral and its stablecoin Meter (MTR). Derived from Uniswap V2 contracts, the AMM module facilitates trading in the Standard Protocol ecosystem. The module enables MTR holders to purchase other digital assets or provide liquidity to earn fees on every exchange in the market.

The Staking module uses NPoS(Nominated Proof of stake) mechanism to select validators and rewards them with their actions in each era. Staking module comes with other module sets, including authority discovery on authority key candidates for each block, authorship for recording block authors and following reporting modules: offences, babe, grandpa, collective for managing slashes, im-online for reporting liveness, treasury, bounties, tips for distributing slashed validator’s balance to communities.

The Farm module models after the existing Solidity contracts that are used for yield farming projects in Ethereum. It distributes rewards proportionally based on staked amount and elapsed time. The Farm module will be used to reward liquidity providers who supply liquidity for each pair of assets consisting of MTR and some other asset.

The Reward module manages the annual inflation rate through governance and stores the total reward for network participants in each era. With 5% initial annual inflation rate of STND, the reward is distributed to oracle and validator with 2:8 ratio. Other network participants (e.g. liquidity providers) can be added through on-chain upgrade of runtime.

The Democracy module manages the governance for operating Standard Protocol. The module has access to all root methods for each of the runtime modules and holders can propose changes in the network. The voting rules follow the same rules laid out in the Polkadot wiki.

The Treasury module manages the funds collected from fees or slashes in Standard Protocol. The module is used for funding protocol developers, monthly payouts for operators and team, stability fee management, or tipping community members.