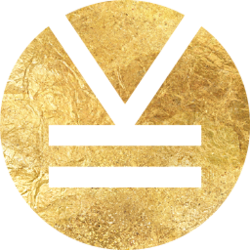 VAL is the validator reward token for the SORA Network, used to reward those that stake XOR as part of the Nominated Proof-of-Stake consensus algorithm. VAL is a deflationary token that gets burned with each transaction on the SORA network. A portion of the burned tokens is then re-minted and distributed to validators and stake nominators, in accordance with the reward rules.

As mentioned above, the VAL token release and Ethereum bridge was implemented as a community initiative to enable users to transfer VAL tokens from the SORA network to Ethereum. The deliverables were released in a disabled form and then the community was required to activate the code.

The VAL contracts were activated by the community shortly after the code was released by insertion of the cryptographic proof of the referendum result. Until the bridge was activated, transfers from SORA net to Ethereum were not available. The person, who activated the bridge was rewarded with 300 ERC-20 VAL tokens for participating, and to cover the gas costs involved. The reward was minted automatically by the smart contract immediately after the bridge activation, and was given only once to the first person to complete the process.