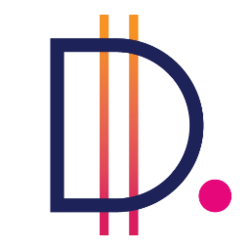 A comprehensive business toolkit for all your business needs

PAID Network is an ecosystem DAPP that leverages blockchain technology to deliver DeFi powered SMART Agreements to make business exponentially more efficient. PAID allow users to create their own policy, to ensure they Get PAID.

PAID Network will allow individuals and firms to save both time and resources, circumvent costly intermediaries, and better secure themselves in the event of a dispute. PAID is a platform through which multiple entities can sign templated but tailored Smart Agreements, where funds can be held in escrow or parties can take out insurance in the event of dispute and where issues can be arbitrated by the network of users that make up the protocol. Through doing so, PAID can better protect parties that are currently vulnerable to agreements that offer no real protection in the event of a malicious actor and eliminate efficiencies for individuals, crypto firms and traditional firms alike.

How PAID eliminates these inefficiencies

PAID will solve these issues in two core ways.

The first issue surrounds the complex nature of agreements and the time and cost to draft and implement these. PAID’s SMART Agreements are intentionally written in a simple manner, designed to mean that a) the parties signing them understand what they are agreeing to; and b) that in the event of a dispute, arbitrators can also easily conclude what was agreed upon.

2. A decentralized, borderless and quick system

The differing legal standards applied across countries, as well as the unequal nature of fairness applied by varying judiciary systems, is eradicated by making agreements signed on PAID subject to two out of three arbitrator’s votes. This means that there is no need to pursue counterparties through the judiciary system, but rather disputes can be swiftly settled by community members with a significant stake in PAID itself. These arbitrators, selected at random each time, will receive a fee for their work — but it will be a fraction of the cost of traditional methods, and be settled in days rather than months or years.

Through the tandem of easy to create and understand agreements, and a system designed to resolve disputes quickly and cheaply, PAID lower the barrier to entry for everyone. PAID will allow people who previously would not have been able to set up formal contracts to do so, thus protecting more people from being exploited.

While this is an ambitious goal on its own, PAID are constructing a wider ecosystem to meet the needs of users. For example, as previously referred to, parties entering into agreements will be able to put up funds for escrow to provide guarantees that the terms of the contract will be met. These escrow smart contracts can be unlocked by the counterparty once the conditions are met (if not, then it triggers the aforementioned arbitration process). In addition, the funds for escrow could even be borrowed from PAID token holders, allowing token holders to receive interest for the service.

Entities will also be able to insure against counterparties failing to fulfill on contract terms. This will work through a decentralized insurance pool, in which PAID token holders can stake and, again, receive payments for providing this service. These insurance premiums will vary on a case by case basis according to the varying risk.

Much of this will be facilitated through a reputation-based system. Each user will have a PAID profile with a reputation score that will be based upon the feedback they receive from parties with whom they conduct business. To prevent malicious actors from starting new profiles each time they get poor feedback, users will have to go through digital biometric identity verification, and to add additional credibility they can link their social media profiles including Linkedin, Facebook, and Instagram.

All of this will be underpinned by the PAID token. PAID token holders will be able to, amongst other things, stake tokens, act as an arbitrator, loan for escrows, and offer insurance coverage. Additionally, and unlike many protocols, PAID is envisioned as a profit-generating network that will return value to its stakeholders. Revenue generated through the platform will be partially distributed back to core stakeholders, being used to burn tokens and being sent to holders proportional to holders, with the remaining balance sent to treasury for ongoing operating expenses.

A new way of doing business

PAID represents a change in how business can be enacted between two parties that do not trust one another. However, the infrastructure PAID are building will be capable of supporting a wide range of use cases and other potential crypto-focused services that PAID will detail more about later. For now, PAID are hard at work building our Polkadot-based project, including preparing for the launch of our alpha product and ensuring it is rigorously audited.