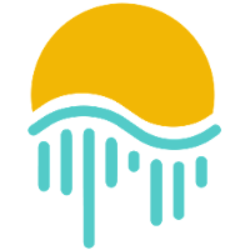 As a decentralized smart contract platform, Moonriver requires the MOVR token to function.

The Utility Token of the Moonriver Network

The network’s Kusama deployment will be called Moonriver, and have its own utility token which is called River.

Supply and other token economic behaviors on Moonriver will be the same as Moonbeam, but token distribution will be different in order to support the unique goals and attributes of the network. Moonriver will serve as a “canarynet” for Moonbeam, but it will also be a community-led experiment where the community will decide the direction it takes. Among other things, Moonriver will use a large parachain crowdloan to obtain its initial parachain slot on Kusama.

As the Moonriver network is still under development, the information on this page may change before the public launch of the network.

As a decentralized smart contract platform, Moonriver requires the MOVR token to function. This token is central to the design of Moonriver and cannot be removed without sacrificing essential functionality.

Some of the uses of the MOVR token on Moonriver include:

- Paying for transaction fees on the network

Moonriver targets a 5% annual inflation rate and, as such, has an uncapped token supply.

The purpose of inflation in Moonriver is to pay for ongoing security needs of the network. The primary security budget items are to pay for a parachain slot on an ongoing basis, and to incentivize collators to provide collation (block production) services to support the Moonriver network. Of the 5% inflation, 1% will go towards incentivizing collators and 1.5% will go to the parachain bond reserve to accumulate on chain funds to pay for a parachain slot in perpetuity. The remaining 2.5% will go to users that stake their MOVR tokens and help power the collator selection process.

Fees on Moonriver related to transactions and smart contract execution will be handled in two ways. 80% of the spent fees will be burned, which acts as a deflationary force and accrues value to existing MOVR holders based on increased utilization of the network. 20% of the spent fees will go to the on chain treasury which can be allocated via onchain governance to projects and initiatives which further adoption and engagement with the network.

Round Three for Take Flight Token Event is Announced

Moonriver Crowdloan on Kusama is Now Open
Next >>