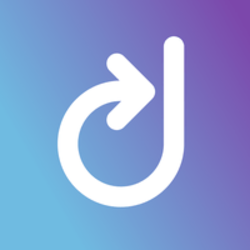 A mission of DOCK is to solve inefficiencies in existing data solutions, such as untrusted and inaccurate information, data silos and gatekeepers, incompatibilities, and lack of control for users. Dock provides a range of tools incorporating blockchain technology that enables businesses and developers to create verifiable credentials. Dock provides a standards-based solution for issuing digital credentials using blockchain, making them cryptographically secured, tamper-proof, and instantly verifiable…

Dock aims to build a "high-performance distributed ledger to produce verifiable claims at scale". Put differently, Dock produces blockchain-anchored records. Dock has developed their own solution using a standalone blockchain and incorporating industry-leading W3C standards, which solves the limitations of other Blockchain as well as adds many valuable features for credential issuing, management and verification.

Within the Dock network, there are four different stakeholders: (1) issuers who place orders for records to be issued, (2) issuing operators who execute order as they are placed by issuers, (3) validators who validate transactions in the network and participate in consensus finding, and (4) voters who vote on governance proposals and participate in consensus finding.

The platform runs on the Ethereum blockchain with DOCK tokens circulating as ERC-20 tokens.

One of the stakeholder groups, Dock token holders, voted in an on-chain governance process to migrate from Ethereum to the Polkadot network, where Dock plans to operate as a Proof of Stake parachain.

Dock won a grant from Web3 Foundation and completed the first milestone. The grant that Dock successfully received was a "technical grant" that focused on an area of interest from Web3 for "Application specific parachains with a good product story."

Dock releases the first W3C: Verifiable Credentials Data Model (VDCM) - a standard born out of a work of a diverse international community of experts and by an organization which has been at the forefront of software standards for about 30 years.