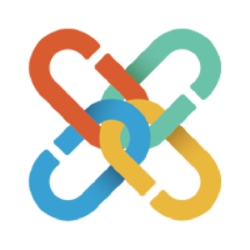 The largest Layer-2 network of Bitcoin, based on substrate technology

ChainX (PCX), the earliest launched project in the Polkadot ecosystem, is a Substrate-based Cross-Chain Asset Blockchain project. Led by Ethereum’s former CTO - Gavin Wood, ChainX is believed to be the future solution for the transfer of assets across the chain "Relay Chain'' on a decentralized network. Chainlink has applied State Transition Function (STF) and modular components to reach consensus in terms of network and configuration. Besides, it also conforms to the standards and conventions of the underlying data structure, especially the Substrate Runtime Module Library (SRML), which allows rapid creation of a new chain.

Before Mainnet Polka was launched, Chainx existed as an independent chain. The purpose of launching this project is to integrate digital assets on chains, which heats up the Polkadot ecosystem.

- PCX module: an operating program based on the native token PCX, it mainly includes functions performed by PCX such as staking, paying fees, on-chain governance, distributing interchain mining rewards, and backing Bitcoin financial derivatives. PCX is related to most programs running on ChainX.

As a Polkadot substrate-based project, in comparison with other projects, ChainX will have certain differences in technology. Using algorithmic PoS in its own Blockchain, ChainX still allows users to mine like BTC. Even so, mining in the birth system is different from BTC mining or other electronic utility coins that use PoW.