After a long period of development, and following the immense success of our testnet prediction market the Kusama Derby, we are proud to introduce Zeitgeist Beta. The first phase of our application.

To launch Zeitgeist Beta, and prep for our imminent Parachain Lease Offering on Kusama, we are running an exciting campaign that is sure to whet your appetite about what the Zeitgeist ecosystem will provide. Our Beta app will not only show you what to expect from the Zeitgeist protocol, but is also an invite to stress test our code. Our goal is to build the most user friendly yet effective prediction market interface available, and we can’t do that without rigorous testing - which is why this is such an important phase in our roadmap.

Zeitgeist Beta will offer a host of prediction markets in a delicious, fast and intuitive UI, and will even offer users the opportunity to create their own markets. We have picked out some interesting markets that are ready to be traded from the get go; including markets in the sporting, crypto, politics and even real-world categories. Users can participate in these markets or make their own using our $ZBS token (Zeitgeist Battery Station) - which is available from a faucet in our Discord Server. These $ZBS tokens at the end of this Beta campaign will contribute to the size of your reward.

Where Do You Start?

We believe in a digital future built on a digital economy, and part of that economy is the NFT standard. A lot of people see NFTs as merely tokenized images on the blockchain, but they are so much more than that - which is what we’re bringing to this campaign…

NFTs provide the power for exclusivity, and in our case: Admission tickets.

Using NFTs as access tokens not only solves the spam problem that we faced during our previous marketing campaign by requiring participants to commit by way of “buy in”, but also helps to form a community among early adopters.

We want the most loyal Zeitgeist supporters and believers to be part of this campaign, and to ensure this: Users will need to purchase a rare and unique Zeitgeist NFT. This NFT will not only provide you admission, but will also be tradable on the secondary NFT market in the future.

For users who feel that buying a Zeitgeist Beta NFT is out of their price range, there is another way: Enter our Gleam competition here to win entry and an NFT!

As you’d be aware, the Kusama and Polkadot ecosystem has a couple of NFT platforms, and we have previously partnered with one of its leaders, RMRK. We have leveraged the RMRK standard to create an admission system that allows you to purchase a specific NFT from our website, and then use that NFT to gain access to the Beta.

Our Zeitgeist NFTs have been designed by prominent digital artist Ned Karlovich in collaboration with our own design team, and take the form of Tarot Cards. Of course, Tarot Cards have been associated with predicting the future since the 14th century, and thus are a fitting style for these exclusive NFTs (considering Zeitgeist exists to help provide reputable data about the possible outcomes of the future).

Ned’s exceptional work is based on Pamela Colman-Smith’s 19th-Century Rider-Waite Tarot Card Deck, and will look great in any NFT collection!

We are only allowing 2200 people the exclusive right to participate in this early phase of Zeitgeist Beta, which means there will only be 2200 of these NFTs, even more reason to become an owner! These NFTs will be available in three separate opening windows of 500 or 1000 NFTs per window:

Further to these public drops, we are also minting two special editions:

Stay tuned to our Twitter for announcements of the next two drops, with the exact time being announced at least 48 hours beforehand.

In order to get your hands on a Zeitgeist Tarot NFT, you’ll need some KSM and a connected Substrate-based wallet. If you don’t have one connected to your browser you’ll need to install the Polkadot.js extension for your browser, you can check out a tutorial video we did here.

Visit our NFT home page here, purchase your Zeitgeist NFT (it’s limited to one per wallet), and once the transaction is complete, head over to Zeitgeist Beta’s landing page, where the app will read your Substrate wallet and confirm ownership of your NFT.

You will then be granted access to our Beta app where you can begin exploring!

Our team has carefully reviewed a number of events happening throughout the duration of our Beta app campaign, and we’ve selected some exciting events for you to make predictions on. This is the full list of markets created by the Zeitgeist team available right now:

We’re also planning a series of prediction markets surrounding the League of Legends World Championship happening in late October, plus many more as the campaign progresses.

We’re excited to introduce live streaming embedded into some of these markets, in particular those of the E-Sports and Sporting categories. Keep an eye out for livestream embed windows, alternatively look out for Social Media announcements about which markets will feature a livestream and when.

You will need some of the Beta app’s native token (ZBS) in order to interact with it - whether that be making predictions or designing markets, and just like in the Kusama Derby, you can earn ZBS in the faucet on our Discord here. The faucet will only provide you with limited tokens each day, so come back daily to top up.

As a thank you for being an early tester, we are allocating 200,000 ZTG from the genesis supply of Zeitgeist network for community incentives during this early Beta launch event. In order to be eligible for the incentives you must hold the Beta access ticket NFT in your wallet during and after the campaign. We will reward activity proportional to the amount of activity you perform on the network, including claiming your daily drip from the faucet, placing trades on markets, creating a market, providing liquidity, redeeming winning market tokens, and more.

NOTE: Incentives are subject to terms and conditions from the Zeitgeist PM team, and purchasing an NFT access ticket grants you no rights to tokens.

We’re thrilled to be bringing you Zeitgeist Beta, as it is one step closer to bringing a powerful, permissionless prediction market protocol to the world!

Test it out, make some predictions, and share your experience on social media. We’ll have a full tutorial video explaining the markets up at this link here - so bookmark it for later viewing. We’ll also be available in Discord, Telegram and of course Twitter where we’ll keep you updated with all the developments of Zeitgeist Beta.

Remember, prediction markets are designed to incentivize accurate forecasts, so if you’re going to be participating in a market, be sure to do some research about the topic.

Have fun, and welcome to Zeitgeist.

Is Democracy The Best We Can Do For The Metaverse? 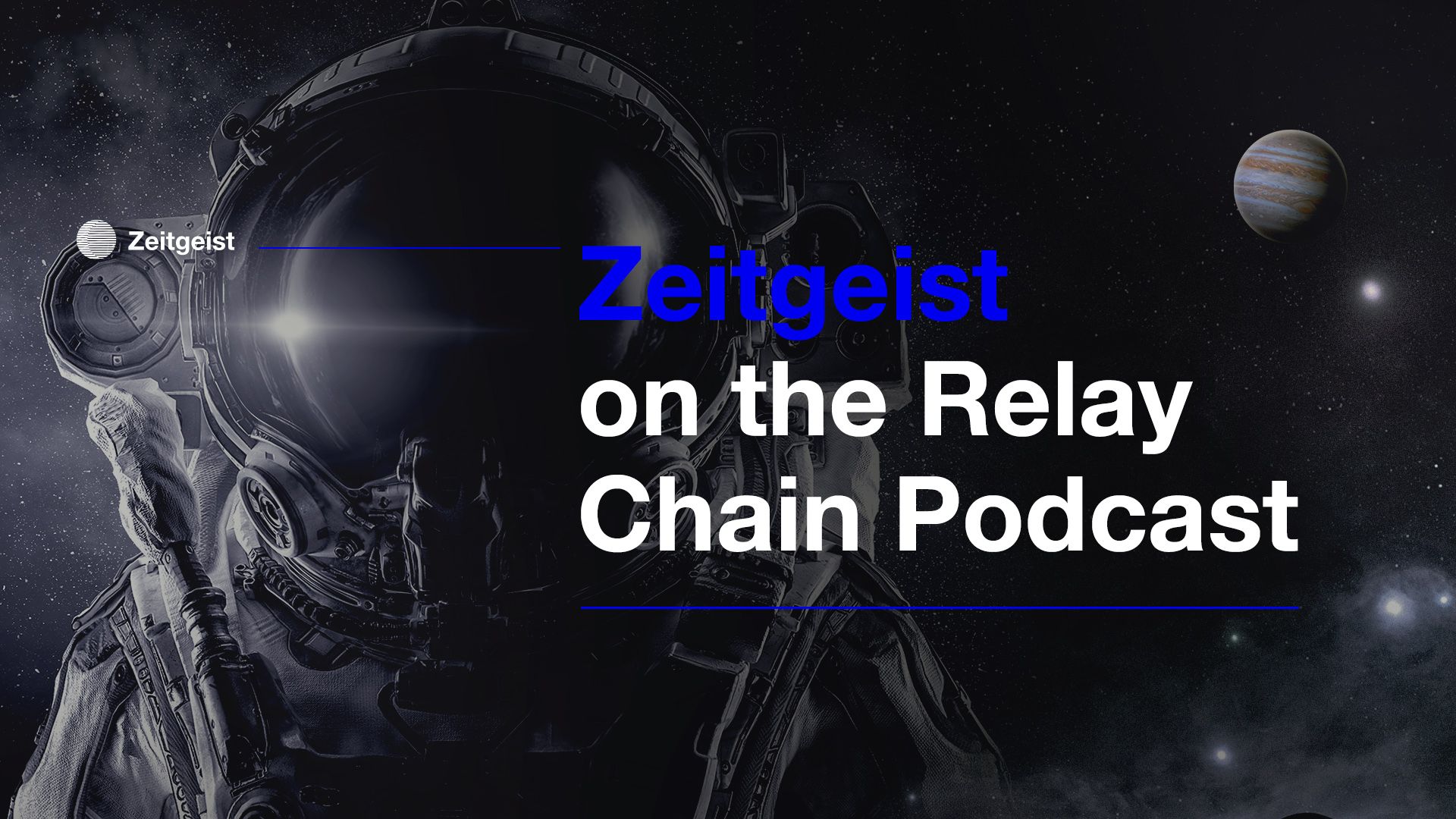 Zeitgeist On The Relay Chain Podcast